The Irish Minister for Health, Leo Varadkar TD last week launched the first ever five-day national World AIDS Day campaign in Ireland. This campaign is developed by NGOs and statutory bodies across Ireland in partnership with the HSE Sexual Health & Crisis Pregnancy Programme.

The key messages of HIV Visibility, HIV Stigma, HIV Support and HIV Knowledge are being promoted through a social media campaign on Facebook and Twitter asking people to show their solidarity with people who are living with HIV. They can do so by wearing a red ribbon, starting a conversation about HIV with friends and family, challenging HIV stigma and discrimination if they encounter it, or learning more about safer sex and getting tested for HIV. The hashtag for the campaign is #WADirl. Further information on showing your solidarity is available on the HIV Ireland website.

While there has been a significant and welcome improvement in treatment and testing for HIV, concern remains regarding the number of newly diagnosed cases in Ireland. As of mid-November 2015, 427 new diagnoses of HIV have been reported by the HSE’s Health Protection Surveillance Centre (HPSC).

Speaking at the launch in Dublin, Minister Varadkar said:

“This is a very timely and a very positive campaign. I want to encourage everyone to embrace its theme of coming together in order to break down stigma and barriers. The number of new HIV cases is rising year on year which is a real cause for concern. My Department is currently funding a rapid HIV test in the main cities on a pilot basis, as part of the new Sexual Health Strategy. STI screening is available free of charge at 20 locations across the State. However, it’s important that we raise awareness and detect as many undiagnosed cases as we can in order to get treatment early, minimise the long-term health implications, and reduce potential new infections.”

The Lord Mayors of Dublin and Cork and Mayors of Limerick and Galway are supporting the campaign by promoting the key messages of HIV Visibility, HIV Stigma, HIV Support, and HIV Knowledge. Equally, city councils and local authorities are showing their solidarity by lighting up in red, prominent buildings in cities across the country. HIV organisations and sexual health services are supporting the campaign in many ways including organised events and activities that will run throughout the campaign and into December.

“Positive Now stands in solidarity with those living with HIV and AIDS around the world. We will continue to work together to help combat the HIV related stigma and discrimination which greatly impacts on individuals living with this illness. This campaign is a significant and welcome step in raising awareness about HIV in Ireland today”. 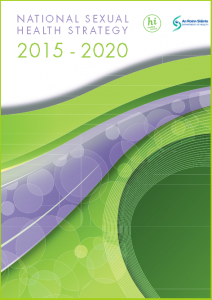 Earlier this month, Ireland’s first National Sexual Health Strategy was published providing a national framework for sexual health & wellbeing. HIV prevention and working together to achieve this is an important aspect of this strategy. Dr Fiona Lyons, the HSE’s Clinical Lead for Sexual Health Services said

“The strategy highlights the need to address stigma and discrimination for those living with HIV and the negative impact they can have on HIV disclosure and people accessing HIV treatment and support services. Recommendations within the Strategy aim to address these issues through the promotion of positive cultural change regarding sexual health. We all have a part to play in achieving these recommendations”.

So, tomorrow, please show your solidarity by wearing a red ribbon on your clothes, or displaying it on your social media profiles. Let us all stand together.

This site uses Akismet to reduce spam. Learn how your comment data is processed.

Irish, living in Co. Laois with his husband Andrew and their three cats. Now learning to live on dialysis three times a week, with interests including heraldry, Scouting, reading, and music. View all posts by Michael McFarland Campbell

Let’s get talking about mental health